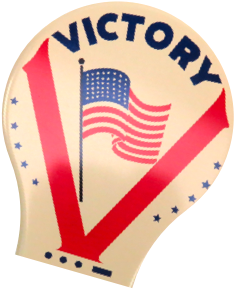 to the White House

How Does a Candidate Become President?

Every four years, Americans go to the polls to pick the next President of the United States. This election is proving to be one of the most important of our lifetimes. It’s a choice between two very different futures for our country: One crafted by Donald Trump, or by former Vice President Joe Biden. These two candidates will spend from now until November 3rd vying for your vote. But as we’ve seen time and again, the person who earns the most votes doesn’t necessarily win. One of these candidates will have to earn 270 electoral votes to become our next president, which means the road to the White House goes through at least 6 battleground states that could swing the election either way. Here’s how it all works.

Ah yes, the electoral college. Not an institution of higher learning, but a devilish, constitutional requirement that determines who wins in a presidential election. The Founders viewed this as an imperfect compromise between electing a president by popular vote and solely giving Congress the power to choose who wins.

Every four years, a temporary group of electors are chosen to represent their state. Every state is assigned a number of electors, one for each person a state sends to the U.S. House of Representatives plus two more for each Senator. That means the bigger and more populous the state, the more electors that state will get. There are 538 electors in total, and thus, to win the presidency, a candidate needs to earn a majority of 538 votes, which is 270 electoral votes or more. For almost every state, the electors will give their votes to whichever candidate wins the most votes in their state on Election Day. Maine and Nebraska are the only two states that can split their electoral votes. And great question: no it shouldn’t be this complicated! But it is. Because the Founders are fun like that.

So if the biggest states always get the most number of electoral votes, why do presidential elections always come down to a collection of smaller states? Certain states, given population and history, will traditionally vote for a certain nominee. California reliably votes Democratic, and Mississippi reliably votes Republican. If you add up all the reliable states, each party ends up with 200 electoral votes more or less. So each candidate needs to lock in around 70 more electoral votes, and those votes are going to come from states that are liable to vote for either party and swing the election their way: a “swing state.” In 2020, there are 6 states that could push Joe Biden or Donald Trump to victory. 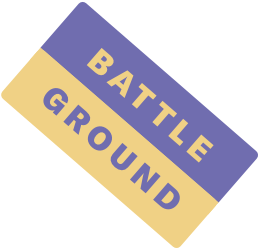 The election will most likely come down to what voters in Arizona, Florida, North Carolina, Michigan, Pennsylvania, and Wisconsin do on November 3rd. Just because you don't live there (or better yet, if you do), you can have a huge impact on helping these voters make their decision and getting them to the polls on Election Day. All from the comfort of your own home. Join the team.

Adopt a state. Save America.

Be a Voter.
Save America.